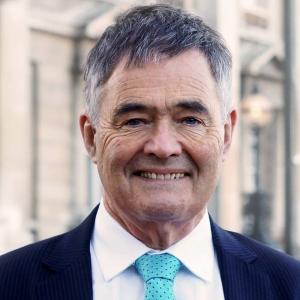 Dave Cull is the Mayor of Dunedin and most recently served as LGNZ’s Vice-President and is the current Chair of its Metro Sector.

The AGM followed this year’s LGNZ Conference, when over 650 delegates from local government and its stakeholders, industry and community gathered in Auckland for the two day event.  The theme of this year’s conference was Creating pathways to 2050: Liveable spaces and loveable places.

Palmerston North City Council supported by Metro councils asks that LGNZ advocates to central government to amend the Litter Act 1979 to enable local authorities to legally issue infringement notices where there is evidence of an offence.

Councils putting forward the remits say the indiscriminate disposal of rubbish is an ongoing and increasing problem for local authorities.  The councils say the Litter Act fails to provide councils with the appropriate regulatory tools to fulfil its objectives and enforce legislation by limiting the issue of an infringement notice to situations where a council officer observes a person littering, or has reasonable cause to believe they have just committed an infringement offence.  A simple word change to remove the word “just” from the legislation would address these limitations and provide greater authority to issue infringements.

The remit was passed overwhelmingly with 95 per cent support of the sector.

Proposed by Gisborne District Council with the support of a number of rural, district and city councils, this remit asks that LGNZ request the Government use the appropriate mechanisms to enable a proportion of the 15 per cent Goods and Services Tax be returned to the territorial authorities and unitary councils where it was generated so that Councils can use this money to pay for the servicing of visitor infrastructure.

The Council says local government’s’ reliance on property rates has seriously constrained investment in key local infrastructure, particularly where benefits are diffuse and the cost cannot be allocated to a specific group.  The proposal would be one step towards adopting a strategic and coordinated approach to investment in regional tourism growth.

The remit was supported strongly by 68 per cent of the sector.

The third remit was proposed by Dunedin City Council and asks that LGNZ lobby the Government on the importance of implementing the final version of the National Cat Management strategy which recognises both the importance of companion cats and indigenous wildlife to many New Zealanders.

Throughout New Zealand councils are tasked with trying to promote responsible cat ownership and reduce their environmental impact on wildlife, including native birds and geckos.  Yet, territorial authority’s powers for cats are for minimising the impact on people’s health and wellbeing, and regional councils’ powers are restricted to destruction of feral cats as pests.  The remit seeks the protection of our wildlife and native species by seeking regulatory powers for cat control, including cat identification, cat de-sexing and responsible cat ownership.

The remit was passed with 51 per cent voting in favour.

This remit asks that all councils should consider the development of a Sugar Sweetened Beverages Policy for their respective workplaces and facilities.

Proposed by Hastings District Council the remit is designed to encourage councils to model good behaviour in their communities and provide an example to other organisations.  It is also designed to reduce sugar consumption of users of council facilities.

The remit was passed with 61 per cent voting in favour.

A new remit was proposed from the floor by Rotorua Lakes Council and seconded by Central Hawke’s Bay District Council.

That the membership of LGNZ advocate to the Government in support of the implementation of a free and all-inclusive universal drivers licence programme for all students at NCEA level two.

The councils spoke to the significant challenges of youth obtaining employment without holding a drivers licence, particularly in smaller towns and rural areas and areas of high deprivation, and the need for a programme to assist youth in gaining a licence.

The remit was passed with strong support of 79 per cent of votes.