Napier Pound cleared of all allegations brought by Watchdog 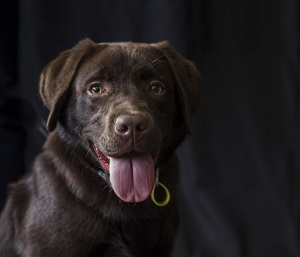 A full investigation into activity at the Napier Pound, after allegations of animal cruelty were levelled at the facility by the lobby group Watchdog, has found “insufficient or no evidence” that any Napier Animal Control Officers breached the Animal Welfare Act.

A report issued by the Ministry for Primary Industries (MPI) today notes that the investigation, which began in October 2016, was "complex… due to the need to separate fact from emotion, rumour and perception".

Today’s report is the final report of three issued by MPI – an External Audit Report, a Revisit Report, and today’s Investigation Report.

Napier Mayor Bill Dalton says he is "extremely grateful for the exhaustive work done by MPI on the matter and for the cooperation of all Napier City Council staff during an incredibly stressful time."

"Today’s report clearly shows that recommendations brought to light by the MPI External Audit Report in November, most of which were already underway, are now well bedded in and that there has been no ill treatment of animals in our care."

The External Audit Report noted that there were a number of non-compliances at the Pound, and that one of the compliance issues – that of inadequate documentation - was non-compliant in the context of draft welfare codes still to be adopted by central government. In general, the report showed the Pound was "well-run", "very clean on inspection" and that "dogs had ample space" and clean, sanitary bedding and bowls.

The Pound - which now includes a new vet treatment room - was revisited in March and all recommendations made by MPI had been implemented on the day of the visit, with a mist cooling system to be installed to aid temperature control by next summer.

"As expected, we passed the inspection with flying colours and we had full confidence that we would be cleared of Watchdog’s absurd allegations as well. While we understand MPI’s requirement to thoroughly investigate all concerns regarding animal welfare, these ill-informed accusations were grossly unfair and caused a great deal of distress to our staff, who dedicate themselves wholeheartedly to the care of impounded animals," Mayor Dalton says.

The Investigation Report, issued today, contains interviews with animal control staff, as well as those from related organisations such as the SPCA and local veterinary clinic. Eleven specific allegations were investigated and all parties cooperated well during the investigation. The report concludes that the investigation had largely arisen "because of an atmosphere of philosophical and personal differences" at the Animal Control unit but that the current management – it changed under the NCC realignment in mid-2016 - and "adoption of specific roles has returned ACOs to their core business with clear procedures established."

MPI Manager Compliance Investigations Gary Orr says the findings of the investigation put an end to many months of uncertainty.

"MPI is now able to close the door on this body of work and allow Napier City Council, and the public, to move forward with confidence."

“This is an excellent result,” concludes Mayor Dalton. “We trust, as does MPI, that we can now lay the matter to rest.”

A timeline of the Napier Pound investigation can be downloaded below: