Council on track after realignment 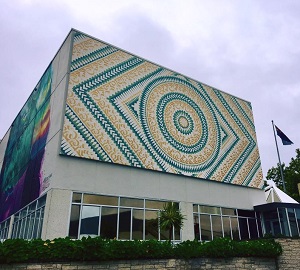 Findings from a service delivery survey, conducted for the second consecutive year to gauge customer satisfaction, have been welcomed by Napier City Council.

Local business, SIL Research, was commissioned by Council to perform the survey to track outcomes of the recent strategic realignment.  A total of 400 completed surveys were collected using face-to-face, telephone, online and SMS surveys during November and December 2016. Respondents were evenly spread by age and gender to ensure fair representation of the community.

The Council’s sports fields, public libraries, parks, reserves and bike/walk tracks were rated the top four services scoring 7.6 or more out of 10. Swimming pools, car parking in the CBD and suburbs, economic development/job promotion and MTG Hawke’s Bay were the lowest rated four services of 6.1 or less out of 10. The “net promoter” score measures how many participants are likely to recommend Napier as a place to live to a friend or a colleague and only records those that score the city a nine or 10 out of 10 - the “promoters”. The SIL results give Napier an excellent net promoter score of 61.6%.

Mayor Bill Dalton says his Council is pleased with the outcome of the survey and believes it bodes well for continued progress post-realignment.

"This was the first Napier City Council restructure in almost 20 years - it was without doubt time to take a look at how the business was performing and to challenge the status quo," Mr Dalton says.

"As a Council, we instructed the Chief Executive to make some fairly significant changes to put us in the optimal position to meet the current and future needs of our constituents. He’s done exactly what we asked, and the investment we’ve made in transforming the corporate structure of the Council has been, in my view, a wise one."

That investment totals around $1m – about 1% of NCC’s annual turnover of $100m. Around $750,000 of that sum was made up of redundancy payments to the 24 staff whose positions were disestablished. The remaining costs were associated with advertising key management roles, engaging recruitment and human resources consultants, holding workshops and creating materials.

"We budgeted $800,000 in redundancy payments, so the costs are largely as expected and have been well-managed," says Mr Dalton.

The number of full time permanent positions at NCC has not changed as a result of the realignment. There were 319 positions before the process began and there are 319 positions now. This figure does not include part-time, temporary or casual workers.

Chief Executive, Wayne Jack, says it’s reassuring to know that efforts to realign Council to improve services and better meet the needs of the community are already being acknowledged.

"It’s been a period of significant change for NCC of late and for some, that change has been unsettling," Mr Jack says.

"But the improvements we’re seeing are fantastic. Senior staff, myself included, are thrilled with the calibre of successful applicants we’ve moved into key roles and the commitment and skills they bring to NCC. We’ve seen a small but steady increase in service delivery since last year, and overall perception of Napier as a positive and welcoming environment in which to live. I’m confident Council will continue to head in the right direction.

"Teams are now fully focused on delivering the Council’s vision to the community through the Annual Plan as well as developing the requirements for the next Long Term Plan 2018-2028. We’re more customer-centric than ever and are making many more of our services available online. We have set up a Project Management Office to effectively deliver our significant capital work programme and realigned our Infrastructure team to ensure it is heavily focused on our three waters network – and that this critical asset will meet the future needs of our Napier community.

"There’s a great, energetic spirit around Council at the moment and we will only build on that for the remainder of 2017."