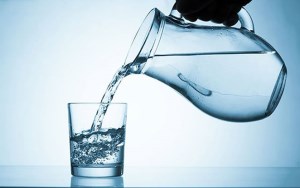 The affected reservoir has been dosed regularly with chlorine since a positive e.coli reading was taken on Thursday 2nd February.

A professional dive squad was also called in to inspect, clean and vacuum both tanks of the reservoir, with the work completed on Saturday night. Clear readings have been taken since that work was done, and Napier City Council’s Manager Asset Strategy Chris Dolley says he’s expecting a final clear reading to be returned tomorrow.

“If that is indeed the case we’ll cease our chlorination programme straight away. It may take a further 24 to 48 hours for all the chlorinated water to make its way out of the system, so some people might still taste or smell the chlorine until late Thursday.”

Both tanks of the Enfield reservoir are due to be reintegrated into the Napier water network, which means an announcement on water restrictions is also due tomorrow.

Level two water restrictions remain in place in the interim. “We can’t thank the community enough for abiding by these restrictions to the best of their abilities. It really does make a huge and important difference to our reservoir levels,” Mr Dolley says.

For those who are unable to tolerate the chlorinated water supply, four chlorine-free taps remain in place at Anderson Park - a location in which Napier City Council was able to access a steady unchlorinated supply from a separate source to the Enfield reservoir. Everyone is welcome to use the York Ave taps, set up next to the light blue Girl Guide hall in Anderson Park.