A seal from Napier’s Marineland, who was recently rehomed at Sea World on the Gold Coast, died the afternoon of the 9th January in Australia. 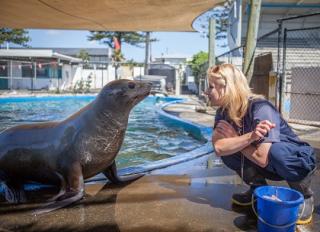 Dakota, a Californian sea lion, has been in Australia since 10 December.

While the cause of her death is unknown, she has been unwell for a few weeks.

A vet from Sea World will perform an autopsy on the 10th January.

“Our Marineland staff are very sad, but we are grateful for the amazing care Dakota has received from the staff at Sea World. We knew she hadn’t been 100% in recent weeks and staff there have been keeping us informed as they tried to find out what the issue was,” Napier City Council Tourism Services Manager Neil Fergus said.

Once Dakota became ill, Sea World brought one of Dakota’s keepers over to assist with any background information and Dakota’s wellbeing.

Dakota was one of five seals transferred to new homes in Australia last month.

The remaining seals are all reported to be in good health, Mr Fergus said.