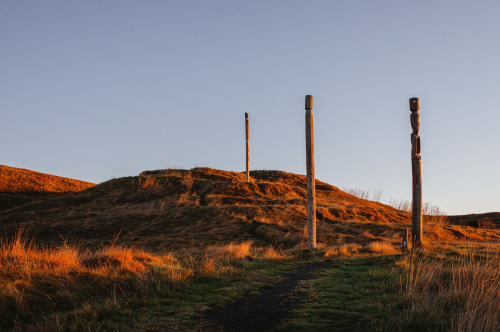 A landscape study carried out for the Napier District Plan review has won the resource management and strategic planning category of the Resene New Zealand Institute of Landscape Architecture (NZILA) Awards.

Isthmus was commissioned by Napier City Council to carry out the study, a supporting document for the review. The authors considered a mana whenua perspective was essential to appreciating the city’s landscapes, working closely with Te Taiwhenua o Te Whanganui ā Orotu.

Councils are legally required to recognise and protect sites of significance. This study goes beyond what is usually required for a district plan review, says Paulina Wilhelm, Manager City Development, Napier City Council. “We wanted to show what makes Napier special, from both te ao Māori and te ao Pākeha perspectives. We’re delighted our efforts have been recognised at a national level.”

Te Whanganui ā Orotu (Ahuriri Estuary), the significance of Pania to Napier’s identity and history, and the role of the Marine Parade gardens as an integral part of the Art Deco precinct formed part of the discussions. The study recommends Otātara be listed as an Outstanding Natural Feature, giving it special status under the district plan, because of its prominence and important history for Ahuriri hapū.

The award is further proof working in partnership on documents such as this is well worth it, says Napier Mayor Kirsten Wise. “Napier’s history still has a part to play in Napier’s future. The Napier District Plan is important for the future direction of our city, and protection of what is important to our whole community.”

Gavin Lister, Principal of Isthmus, and Sophie Fisher, Isthmus Senior Landscape Architect, who worked on the study, describe it as one of those special projects that come along once in a while. “We regard the award as an endorsement of the approach taken by Napier City Council and Te Taiwhenua o Te Whanganui ā Orotu. We are particularly appreciative of the assistance from Tania Eden.”

What distinguishes the Napier Landscape Study are the ‘Sites of Significance to Tangata Whenua’ and the histories associated with the landscape of Te Whanganui-ā-Orotu, says Tania Eden.  “Working in partnership with the Council and Isthmus on this study ensured a genuine approach to the Te Aranga design principles through a planning and policy lens, while acknowledging the history and whakapapa of mana whenua.”

The awards due to be held in 2021 were delayed by COVID-19. The 2022 awards, held last night at the Cordis Hotel in Auckland, coincide with the institute’s 50th anniversary.

For more information on the Napier District Plan review, go to napier.govt.nz #districtplanreview