Improved infrastructure for Maraenui in the pipelines 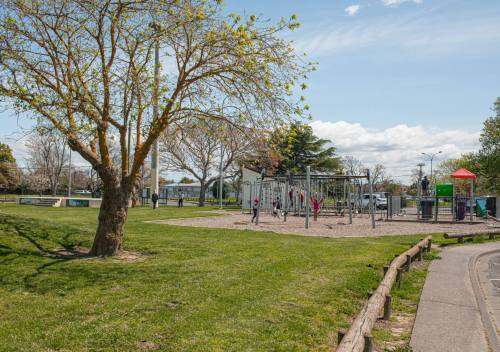 Napier City Council has successfully moved to the next stage of the Kāinga Ora Infrastructure Acceleration Fund, with negotiations now in progress to secure funds to upgrade storm water pipes and pumps in Maraenui. The works will mean more our current community will be better protected and more housing can be built in the area.

Launched in June 2021, the Infrastructure Acceleration Fund is a contestable central government fund.

Napier Mayor Kirsten Wise believes this next step in the process is a positive one for the community, as securing the fund would mean increased resilience against the effects of extreme weather events.

“I am delighted we have progressed to the negotiation stage. It means we are another step closer to helping increase housing and resilience in Maraenui,” says Mayor Wise. “Improvements to our current housing shortage will have a huge impact on the wellbeing of people living here.”

Napier City Council applied for $12.35m for upgrades for Maraenui, to enable more dwellings to be built safely. The multi-stage application process has seen Council successfully pass through the Expression of Interest stage and the Request for Proposal stage. Thirty-five proposals have now been invited to enter the final stage of the IAF process with funding being finalised following final negotiations. The fund is a pot of $1 billion with 200 applicants, whose combined requests to the fund amounted to $5 billion.

In real terms, securing the fund will see flood mitigation work take place in Maraenui, one of the worst affected suburb in terms of flooding. This will mean over 150 new houses can be built as well as ensuring those currently living in Maraenui are more resilient.