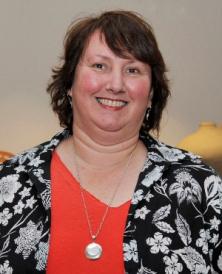 Museum industry veteran Laura Vodanovich was the perfect choice of person to lead the facility forward, said Council Chief Executive Wayne Jack. “Laura had just the skills and experience we were looking for,” he said.

Ms Vodanovich has spent just over two years as Director of Tairawhiti Museum in Gisborne, and will take up her new appointment on 1 February. She has 18 years’ experience in the museum industry in a variety of roles, including running large scale building and collection projects, and overseeing the development and completion of an iwi led exhibition at Tairawhiti Museum.

From 1997 until 2012 Ms Vodanovich worked at the Auckland Museum, starting as Assistant Registrar and progressing through to Director of Collections and Research. She holds an MA in Anthropology (Hons) from Auckland University, a post-graduate Diploma in Museum Studies from Massey University, and a Diploma in Law and Collection Management from Melbourne University.

“I am thrilled with the news of the new appointment. Laura and I have a work history of more than 20 years standing. I think she will provide a good steady hand for the MTG and I look forward to seeing where she takes the organisation next,” Mr Lloyd Jenkins said.