No parade this season 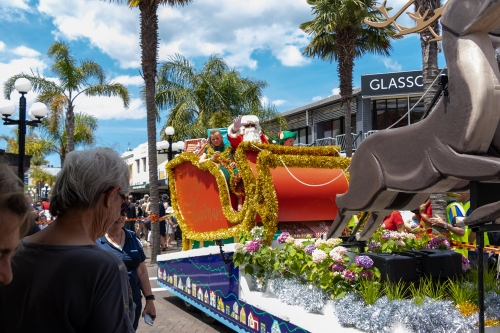 Santa has made the call to cancel his annual Harcourts Christmas Parade in Napier due to Covid-19 restrictions.

After much consternation, the big guy in red has decided the time in MIQ will put him too far behind in his tight list-checking (which he has to do twice), present-wrapping, reindeer-training schedule.

Through his Napier spokesperson, Santa says he is saddened by the decision but in order to make it down the City’s chimneys on Christmas Eve he must prioritise.

“It’s been a tough year for many people, and getting together for community celebrations is important but not in a way that puts quality time with friends and family at jeopardy,” he says. “This year, our celebrations will have to be smaller, quieter but no less special.”

“Although disappointing for everyone, we totally agree that it is the right thing to do.  The team are all looking forward to a brilliant parade in 2022,” says James.