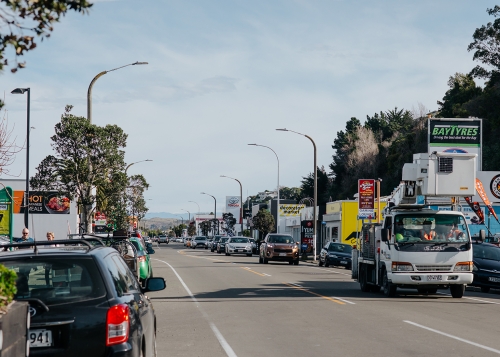 Following strong public feedback, we have removed the boxes. Council will rehome the boxes and the pōhutukawa they currently contain.

The removal of planter boxes finished top of the list of suggestions raised in consultation to understand how we could make the street safer earlier this year, said Debra Stewart, Acting Director Infrastructure, Napier City Council.

“The number one suggestion was that we take away the planter boxes to increase visibility at driveways and intersections. This is just the first of several changes we are looking at for Carlyle Street.”

Council has been blown away with the level of interest in this project, receiving more than 1000 survey responses.

Council will be considering a plan for further changes to Carlyle Street early next year. The full consultation report will be made public at this time.

Carlyle St is one of the busiest roads leading into the Napier CBD. Despite a lack of defined cycle paths, it is also the city’s busiest cycling route, with up to 200 cyclists using it daily.