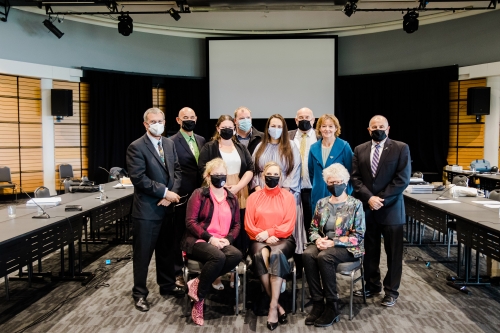 Today the Napier City Council resolved to introduce Māori Wards for the 2025 local body elections. This is a significant moment in the history of Napier and comes 170-years since the signing of the Ahuriri block purchase by Māori and settlers.

The vote was carried by a resounding majority, 11 votes in favour with one abstention and with strong support voiced by councillors.

The five-month consultation period resulted in 1300 submissions being made and although over half wrote against Māori wards, 95% of those on the Māori roll submitted in favour. All those who spoke to their submissions over the two-day hearings were in favour of Māori wards.

In presenting the motion to implement Māori wards, Mayor Kirsten Wise said although she understood the frustration and disappointment when Māori Wards were not established for the 2022 elections, she had an obligation to provide the full community with opportunity to contribute to the decision.

“It is important to understand, first, that consultation is not a poll and second considering the content of the submissions is equally if not more important than the volume for or against,” Mayor Wise said in her speech today. “We must also consider other factors such as our statutory obligations and the views of those who are most affected by any changes.”

In summarising their positions, councillors spoke of their personal convictions, their journeys and learnings over the past months in the run up to making a decision. They spoke of the introduction of Māori wards as opening the door to true partnership, adding power and mana to the council, honouring the Treaty of Waitangi and adding ways for Māori representation rather than replacing any that exist already.

A representational review will now take place, which will decide how many wards will be established and how many councillors will make up Napier City Council.