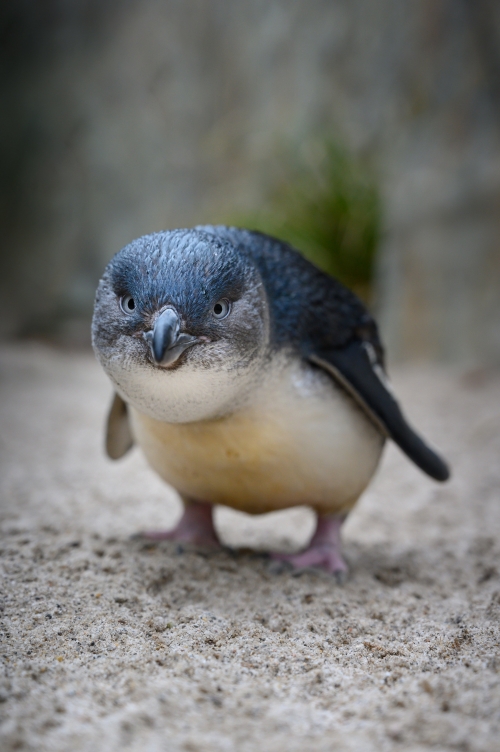 This year Martin, Burny and Mo will be battling it out for the prestigious title of Penguin of the Year 2021 at the National Aquarium of New Zealand.

Nearly 5,000 votes were cast in the first round of this year’s competition, with international interest high. Most of the votes cast in the first day came from New Zealand, the United States, United Kingdom and Australia. However people from many different countries joined the voting, including Mexico, Malaysia, Poland, Norway, Estonia, Argentina, Romania.

The Aquarium’s Penguin Cove facility is a rehabilitation centre for little penguins. All of the National Aquarium of New Zealand’s Little Penguins are there because they need help from the Aquarium’s specialist staff.

“We help sick or injured birds and enable them to return to the wild,” says National Aquarium General Curator Joe Woolcott.

“They arrived as abandoned chicks, victims of dog attacks, partially sighted, or after becoming sick in the wild. Some are missing flippers due to getting caught in fishing nylon.”

“Some penguins aren’t strong enough to return to their natural habitats, so they find a permanent home with us at Penguin Cove,” says Joe.

The penguins have lots of space to waddle across their own private beach and then dart through the water as they go about their penguin business.

So what happens next with Penguin of the Year? Voting runs from today until 10pm Tuesday 28 September, with the winner being announced on Thursday 30 September.

To vote for your flippered favourite, go to www.nationalaquarium.co.nz, where you can also learn more about the finalists and what makes each of them unique.

Mo – 8 yrs old, was abandoned as a chick

·         Tendency to be lazy - sleeps in and just gets up at breakfast time, then tries going back to bed.

·         Was good penguin back in September last year for doing well with his swimming, being the first one out taking a dip in the morning.

·         Betty is his girlfriend and tries to keep him on the straight and narrow.

Burny – 4 yrs old, burnt feet from fire not being extinguished on the beach

·         Martin is her boyfriend, but she has ditched him before to spend time with her friends, and did abandon her egg in her friend Draco’s burrow to be looked after.

·         Running for the title against his girlfriend is Burny

·         Lately has been jumping out and at other penguins as they walk past his burrow, taking them by surprise