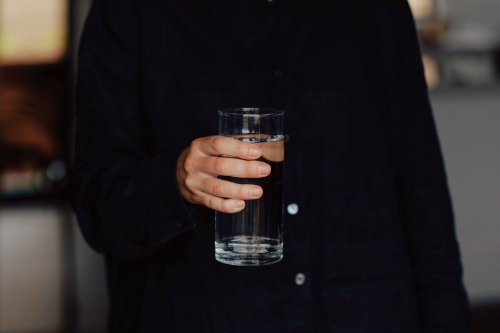 Local voice, mana whenua partnerships, assured public ownership and an ability to respond effectively and efficiently to change are the main reasons why Napier is calling for a Hawke’s Bay model for Three Waters delivery.

Napier City Council is in the process of providing feedback to Central Government on their Three Waters Reform proposal.

Mayor Kirsten Wise, who is part of the working group who prepared Napier’s submission, knows, for her community, water is about more than pumps and pipes. Having a strong voice in decision making around the governance and management of water is essential.

“Our response to the proposal suggests a better solution would be to have an entity made up of the local councils in Hawke’s Bay,” she explains. “That way we can put local voice front and centre, we can adjust and pivot to meet changes in regulations, we can work closely with mana whenua.”

Mayor Wise also recognises public ownership of these assets is important to community, and enabling a locally based model would provide a higher level of assurance that this continues.

“Hawke’s Bay councils working together for Hawke’s Bay people is the best way to deliver water services in the future. We want to be very clear with the Government on this,” says Mayor Wise. “We know we can’t go it alone, but we have already begun to work together across a region. We already have relationships, plans and projects in place that see us making real headway in providing reliable, affordable and sustainable water services to our communities.”

Councils across the country are considering government’s proposed Three Waters Reform at the moment with responses due to the Department of Internal Affairs by 30 September. The proposal centres on moving control of three waters away from NZ’s 67 local councils and giving it to four new, centralised, entities. Each entity would look after three waters services delivery for about 1 million people. In the case of Hawke’s Bay, the government’s proposal puts the region into ‘Entity C’, which would be made up of 21 councils and would stretch from above Gisborne, to Wellington, and include the top of the South Island and the Chatham Islands.

The six areas of concern detailed in Napier City Council’s submission are the geographic boundaries proposed by government, the importance of having meaningful local voice in decision making, ensuring opportunity for mana whenua engagement, issues around asset ownership and responsibility under the reform proposal, ability to meet changing regulations in the future and concerns with the assumptions the government’s proposal is modelled on.

“Although Government did not include community engagement in their consultation period, we felt it was important and that we couldn’t give valuable feedback without including the voice of the people,” Mayor Wise says.

Napier City Council commissioned SIL Research to conduct a survey. This had nearly 800 respondents. The strongest view they shared was the importance of local voice in decision making. A Facebook Live session in early September on the subject heard questions and concerns from the public. There will be more opportunities for public engagement on Three Waters Reform later this year.