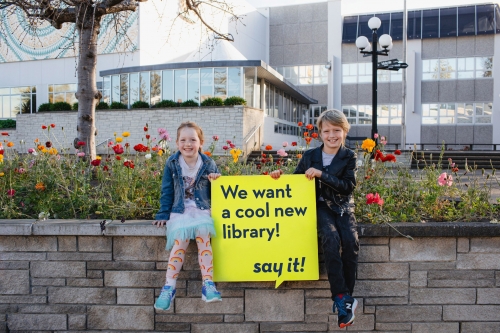 Napier City Council is now seeking feedback from the community on its Library and Civic Area Plan. The plan sets out the possibilities of what the area occupied by the former library and council buildings could look like in the future. Once feedback is received, a detailed design will follow.

Mayor Kirsten Wise says Council would like to see this quiet part of the central city given a new lease of life.

“We want to create a fit for purpose building for our library, as well as facilities for community groups and elected members but there’s more to it than that. We also want to generate new economic activity and energy at this end of town. Opportunities like this don’t come up often, so it’s important that we know what our community wants for this area too.”

“We already know that our community has asked for a new library. We also want to know what they think about our plans to create a community and cultural hub that would be a place for people to gather,” says Mayor Wise.

Council has spoken with a range of groups over the past few months to gather their thoughts on what should be in the Library and Civic Area Plan, including mana whenua, culture and arts representatives, groups representing the elderly and youth, as well as property developers, planners, architects and real estate agents.

Up until 2017, Napier’s Civic Area was the city block bound by Station Street, Dalton Street and Hastings Street. It was home to Council in two buildings, along with the separate Napier Library annex. When Council and the library had to move due to the buildings’ earthquake risks in 2017, the area became largely deserted.

To view the Library and Civic Area Plan, including a fly-through video, and to tell us what you think, go to sayitnapier.nz. The consultation closes on Friday 15 October.