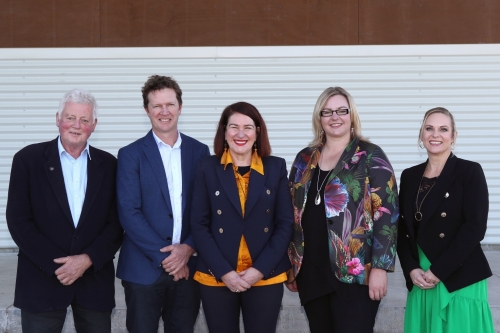 Local Government leaders and iwi representatives are not convinced Government’s proposal for three waters service delivery reform is right for Hawke’s Bay and have written to the Minister of Local Government seeking more detail and a rethink of the model on the table.

Government is proposing that responsibility for Hawke’s Bay’s three waters services would transfer to a regional entity comprising 21 councils from the East Coast of the North Island to the top of the South Island and the Chatham Islands.

Earlier this month, Government gave Councils eight weeks to provide feedback on the impact of what’s proposed, and to put forward any questions that remain unanswered.

Mayors have since written to Hon Nanaia Mahuta, Minister of Local Government, requesting further information and setting out why Government’s proposal, as it stands, will not satisfy the three waters service delivery needs of Hawke’s Bay.

“We’ve done this work in Hawke’s Bay. Last year we released the report of our own independent review for a regional approach to three waters service delivery that would achieve affordability and sustainability for all of Hawke’s Bay’s communities.”

“Now we are in a strong position to review the Government’s model and how it stacks up against our own and whether or not what’s proposed would deliver on our regional objectives.” she says.

Alex Walker says the region’s councils all agree that to meet the requirements of new water regulations, change is required in how water infrastructure and services are funded and delivered.

“However, we are not convinced the proposal Government has put forward will meet the needs of our communities, on a number of levels.”

Kirsten Wise, Mayor of Napier says that going into the regional review of future service delivery options back in late 2018, the five councils and of Hawke’s Bay and council iwi representatives put considerable thought into the objectives and principles that any regional solution would need to meet.

“We are especially concerned that the governance structure Government is proposing for the new Water Services Entities means our voice will be lost and decision-making will be too distant from our communities.”

“One of our bottom lines for any new arrangement is that Hawke’s Bay must have direct representation and a strong voice on a water entity’s governing board, and that includes mana whenua.” she says.

Mayor of Wairoa Craig Little says: “Another major issue is affordability. Government is telling us what the new model would mean in terms of cost savings for households in 2051, but they’re yet to show us what the costs would be on day one under their new model.”

“We simply cannot have a proper conversation with our communities about whether or not they will be better off under the Government’s model without knowing what costs they would be up for on day one.” says Mr Little.

“Our other big concern is the real need to retain capability and jobs locally. We need to be able to rely on having the right skills and expertise on the ground to manage essential three waters service delivery for our communities.”

“We share Government’s ambitions to significantly improve the safety, quality, resilience, accessibility and performance of three waters services in a way that is efficient and affordable for our communities and all New Zealanders.”

“However, localism is important to us and part of our success as a region – local planning, local decisions and regional cohesion. Hawke’s Bay can demonstrate tangible success locally and regionally – achieved through the power of community action via civic leadership.”

“We are not convinced that what Government is proposing will allow for us to continue meeting our commitment to ensuring three waters services contribute to the Hawke’s Bay region’s social, economic, cultural and environmental prosperity.” says Ms Hazlehurst.

“Nor are we convinced that Government’s proposal would mean we could maintain the capability and the capacity to deliver quality sustainable planning, management and operation of three waters services for our communities.”

Rick Barker, Regional Council Chairman says councillors and council iwi representatives across the region share concerns that Entity C (the multi-regional entity, which would be responsible for Hawke’s Bay three waters service delivery under Government’s proposal) does not reflect geographies aligned with Ngati Kahungunu iwi affiliations, meaning the identity of mana whenua in Hawke’s Bay is likely to be lost in the proposed governance model and would not provide opportunities for Māori to contribute to decision-making.

“That is why we are asking the Minister to engage with our iwi Chairs directly.” Mr Barker says.

“We are also asking Minister Mahuta for the opportunity to consider our Hawke’s Bay regional option.”

“Experience has shown us that when working together and to our respective strengths, local and central Government and iwi can complement each other to deliver better outcomes for all.”

Government has not been clear on when community consultation on the proposed changes is likely to occur. Mayors have also asked the Minister for further time beyond the eight-week feedback period to discuss the issues with their local communities, because at this stage they don’t have the all the information to do so. The people of Hawke’s Bay need to understand the magnitude of the changes proposed and the impacts for them, and communities must have their say before Government proceeds any further.

In the meantime, Councils are working towards submitting individual feedback to Government.