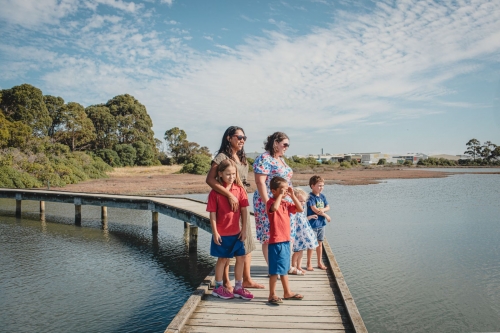 The majority of submitters to Napier City Council’s draft Long Term Plan (LTP) for 2021-2031 back the Council’s plans to push on with water supply projects and upgrades now.

Just over three quarters of submitters supported working on water projects now, which would enable Napier to meet new national drinking water standards within five years and potentially move to a chlorine-free network in the long term.

“Every dollar we invest in three waters infrastructure won’t go to waste. We will be carrying out a significant amount of work to make our drinking water network resilient in the long term with the immediate focus being fixing dirty water issues, while ensuring everything we’re doing is moving towards chlorine-free, if we and the community eventually decide that is where we want to go,” says Napier Mayor Kirsten Wise.

The eight projects that were part of the consultation for the proposed LTP generated a good community response. There were 710 submissions in total, and more than 60 submitters chose to speak directly to Council, which held its hearing at Pettigrew Green Arena this week.

The community supported the proposal to look further into street management and safety, including an ambassador programme to complement current community safety initiatives. Continuing to operate the Faraday Centre while Council pondered its future involvement was also supported, as well as funding the community housing shortfall with a loan. Council is reviewing its long term options for providing affordable housing. Developing the proposed community centre in Maraenui, Te Pihinga received good support from submitters. The Ahuriri Regional Park development and traffic safety plans were also positively received.

“I am heartened by the response from the community, their willingness to express their concerns for the environment, for public safety, and for taking the time to let us know how much they value facilities such as the Faraday Centre. We have plenty of work to do on top of our planned programme of three waters infrastructure upgrades,” said Chief Executive Steph Rotarangi.

During its deliberations, Council also discussed the importance of climate change adaptation.

Following the final audit process, the final Long Term Plan will come back before Council on 30 June to be adopted.

The recommendations from the Rates Remission, Revenue and Financing, Rating, and Financial Contributions Policies hearing held last week will also be brought back to Council on 30 June.