Napier City Council decides on the future of Māori representation 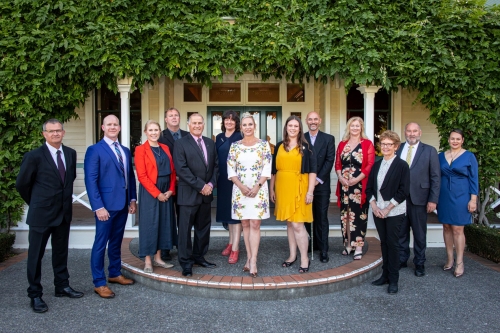 Napier City Council today discussed what future Māori representation on Council may look like in relation to the implementation of Māori ward(s) for Napier. Council unanimously agreed to begin engagement immediately, with formal consultation taking place in September and a council decision made by November 2021 regarding the implementation Māori wards for the 2025 local body election. Council will also engage with mana whenua on their current role on the Māori Committee and explore other options for representation and participation in Council decision-making.

Council considered trying to get the consultation done in time for the 2022 election. In order to meet the deadline for 2022 elections, a decision needed to be made to implement Māori wards by 21st May 2021. Both Council and NCC’s Māori Committee agree that more time is needed for meaningful engagement and to ensure it is a fair and due process.

“At a hui held yesterday we heard a strong voice from local Māori to move with urgency and that Māori had waited long enough for Māori ward(s) in Napier.   However with the deadline looming consultation with the community would need to be undertaken with haste and completed within three weeks” says Mayor Kirsten Wise.

“My goal from day one of being elected Mayor of Napier is to create an environment that is safe for all people to participate in and to build a true partnership with mana whenua. Māori representation is an important topic. Council has been continuously criticised for not consulting enough, for not providing enough information. I am not prepared to rush this decision and then be told by our community that we didn’t consult widely enough, or ask the right questions. There is the risk of further frustration and divisiveness if we don’t do this right. Council is unanimous in that it wants to ensure a fair and due process, including full engagement with mana whenua and the wider community in an open and transparent way.”

“Māori wards are something I personally support and Napier City Council is committed to ensuring significant progress is made on this important matter of representation.”

The numbers of Māori wards is set in a formula in the Local Government Act based on a ratio of Māori electoral population and the total electoral population.  Should Napier implement Māori ward(s), based on current estimates of Māori electoral role participants it is anticipated there would likely be 2 Māori ward members in Council but there may be some discretion as to whether they are both elected from the same ward, or whether there are two separate wards. Any official calculation is provided by the Local Government Commission.

Māori wards do not:

-       remove the obligations of Napier City Council to meet its obligations under LGA s81 to engage Māori; or