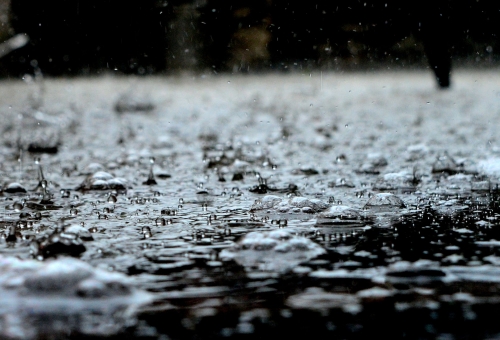 Rainfall recordings at 8pm from Napier Airport showed more than 110mm of water falling since midnight last night, with around 100mm falling between 12pm and 8pm. More than 126mm is expected to fall before midnight.

Due to the significant amount of rainfall, manhole covers were beginning to lift, and the escaping water would have caused a public health risk. So the decision was taken to release pressure from the wastewater network and discharge wastewater, at 5:45 pm this evening, into the Purimu stormwater stream, which flows out to sea through the Ahuriri Estuary.

Medical Officer of Health Nick Jones said floodwaters could carry bugs that cause disease from the ground surface and sewerage systems.

Dr Jones said people should not eat any food that had been in contact with flood waters. “Children should be kept away from flood waters and from playing in puddles, which may have been contaminated by sewerage.”

Hawke’s Bay Regional Council, the Hawke’s Bay District Health Board and Mana Ahururi were notified of the discharge.

The environmental team will monitor the stormwater network as well as at several other locations to provide baseline data. Testing will be ongoing for a number of days.