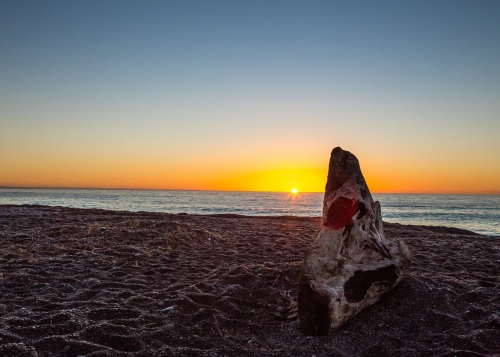 The $50m is allocated across the region as follows:

Signing the MoU commits councils to: 1. Engage in the first stage of the reform programme – including a willingness to accept the reform objectives and the core design features set out in the MoU 2. The principles of working together with central government and the three waters reform Steering Committee 3. Work with neighbouring councils to consider the creation of multi-regional entities 4. Share information and analysis on their three waters assets and service delivery arrangements.

Under the reform programme, if councils commit to the subsequent stages, further Government funding for three waters will be available to them.

Alex Walker, Mayor of Central Hawke’s Bay says that agreeing to the MoU is a good step for Hawke’s Bay.

“Three waters has been a big conversation in Hawke’s Bay for a number of years. We all know the scale of the challenges that councils face to provide a good level of service and meet the new legislative requirements. Our discussions mean that as a region we are well advanced and ready to take this important step,” says Mayor Walker.

“By signing it, our councils access $50m in three waters funding, which is very welcome. The funding is a grant and does not commit us to the later stages of Government’s three waters reform process.”

Each council will now enter into a funding agreement with Government, specifying how the money will be spent, and the conditions attached to the funding.

Kirsten Wise, Mayor of Napier City, says that councils have until the end of September to complete the funding arrangement.

“Napier, like the other councils, now has to make decisions on how to spend the money. There is discretion to spend on operating or capital projects relating to three waters service delivery provided the work supports economic recovery through job creation; and maintains, increases, and/or accelerates investment in core water infrastructure renewal and maintenance,” says Mayor Wise.

Sandra Hazlehurst, Mayor of Hastings District says that the leadership shown by the region’s councils in collaborating on the Hawke’s Bay three waters review has benefitted ratepayers.

“We all share responsibility for ensuring our communities enjoy safe, reliable, resilient and efficient water services. Hawke’s Bay was recognised by Government for the three waters work that we have done in the level of stimulus funding we have received.

“We now opt-in to the first stage of Government’s three waters reform process, armed with all of the information from our own review. We look forward to the reform process as it unfolds, and to being a willing and active participant in the discussions to come,” says Mayor Hazlehurst.