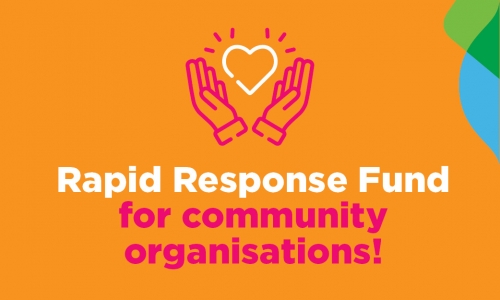 More than $18,000 from Napier City Council’s Rapid Response Fund has been distributed to non-profit social service and community organisations which have stepped up to help with the city’s pandemic response.

The amounts to date range from $200 to $6900, covering everything from Personal Protection Equipment, to reimbursing volunteer costs such as petrol, to resolving IT issues and funding a mobile EFT-POS machine. It is to support organisations which have incurred additional costs or who have provided new services.

“Helping these groups out financially is one way we can recognise the amount of time and incredible effort they have put into the Napier welfare response,” says Napier Mayor Kirsten Wise.

Many of these groups rely on volunteers, and the way they adapted to cope during lockdown was fantastic, says Councillor Maxine Boag, Chair of the People and Places Committee. “To step up and help vulnerable people when it counted shows what sort of people they are. I know the recipients were very grateful.”

Age Concern in Napier was one of the first groups to respond during the crisis. “We were in a unique position to be able to respond to older people’s needs. It was very easy to complete an application online and we encourage others who have helped in the community during this time to apply,”  says Morag Hill, Manager Age Concern Napier.

The fund was established by pooling together unallocated community funding and unused grants.

There is still plenty left so NCC encourages groups to apply now.

The fund is allocated on a first come, first served basis. Applications will be assessed and forwarded to a funding panel for a decision as they are received, to ensure a quick turnaround.

The panel comprises the Mayor, People and Places Committee Chair, and Napier Controller, based on their experience during the pandemic response, and knowledge of the community sector.

The focus is on those who have been helping vulnerable people in the community, such as those over 70 years old, existing homeless or those who have recently become homeless, people with high health needs, young people, or those on a low income and/or living in vulnerable neighbourhoods.

Applications will be taken up until 31 May or until the fund has been allocated, whichever comes first. To find out more, or for assistance with an application, telephone 834 4114, or email csgrants@napier.govt.nz