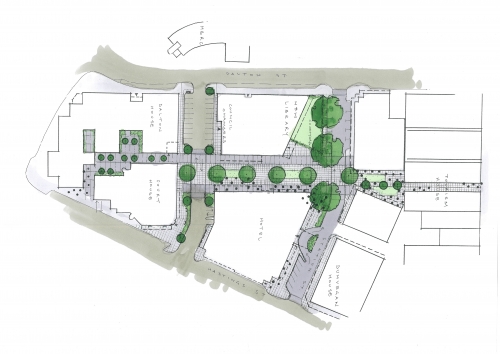 Napier City Council has made a unanimous decision to proceed with calling for tenders for the demolition of the Civic building.

At the final Council meeting for the year, held yesterday, it was resolved that: Council approve going to tender for the demolition of the Civic administration building, and that the associated costs of demolition should be recovered from the future use of the site, either through sale or long term lease.

On 5 December councillors heard from Graeme Robinson, who produced a report which he prepared in 2011 on the seismic rating of the civic and library buildings. Following on from this Councillors requested a review of previous information supplied and also met with Strata Group, which produced a report in 2017 deeming both buildings were earthquake prone, and Aurecon NZ Ltd, which peer reviewed Strata’s report.  After reviewing all of the information Council is satisfied that moving forward with the demolition of the civic building is the best way forward.

The 2017 assessment indicated the civic and library buildings only complied with 10% and 15% respectively of the legal requirements, New Building Standards (NBS), for earthquake strength. The cost of strengthening the buildings to an acceptable level was deemed completely prohibitive for the civic building, but possible for the library building.

Consultation on the Statement of Proposal (SOP) for the Civic building two years ago found the public in favour of Council handing the site to a private developer for commercial development, either by long-term lease or sale.

Also noted in the report to Council was that the underutilised civic area created the feeling of a ‘ghost town’, which had impacted negatively on nearby Civic Court retailers, and led to some moving to try to get more people past their doors.

Further progress on the possible hotel development, along with the Library project is a great opportunity, says Napier Mayor Kirsten Wise. “It makes sense to move forward, financially, and from the point of view of the retailers and the community, to make this area come alive again.”

There are three proposed sites for the library, with a refit or rebuild of the original site at the top of the list. Consultation on the options will be undertaken early next year.

The need to undertake major electrical and building systems upgrades to the library building will be considered as part of the overall options for its redevelopment.

The future of the rest of the block remains uncertain, with the remaining tenants in Dalton and Vautier House due to vacate in the next two years.

There may be an opportunity to repurpose the buildings in this block to house Council staff who are currently spread across three temporary sites. NCC is currently undertaking full due diligence on these buildings to see if they are financially feasible, fit for purpose, and provide added benefits to the central city as a hotel, library and Council Chambers precinct.