Be wowed by wondrous White Night 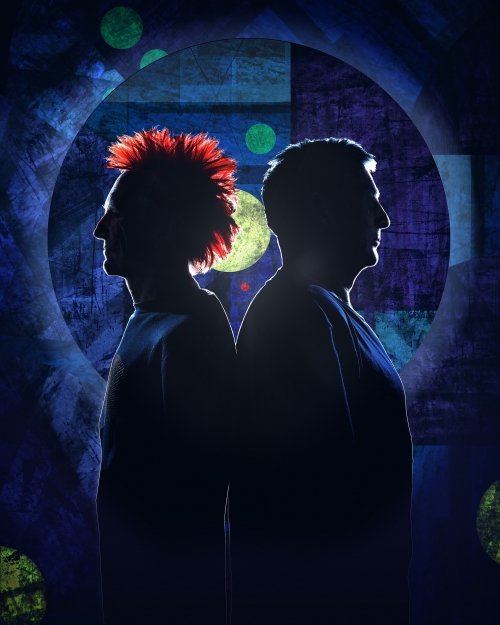 Join us for another fun White Night in the Napier centre city chocka with live performances, check out some awesome art – or create your own.

Thousands of people have enjoyed this free family-friendly event, part of the annual Harcourts Hawke’s Bay Arts Festival, over the past two years. Inspired by Nuit Blanche in Paris, it’s a unique opportunity to access arts and culture for free. This year’s event will run from 6pm to 10pm on Saturday 19 October.

“We are delighted to feature a free Pitch Black concert as part of White Night, with a bespoke street show and projection experience onto the Napier Cathedral. With the release of their sixth studio album Third Light just over a month away, the godfathers of New Zealand electronica will bring some dance floor vibes and brain food for the head, in the unique fusion of sonic and visual art that can only be experienced at a Pitch Black live show,” says Pitsch Leiser, Festival Director.

Art galleries will open late, there will be artists in residence, and plenty of interactive events and attractions, such as the ever popular laser lights and projections. Sections of several main streets will be closed off to accommodate the festivities, which are supported by the CBD’s hospitality precinct too. The usual eateries, bars and restaurants will again be joined by food truck vendors.

NCC Events Czar, Kevin Murphy:  “White Night's just wonderful... a brilliant opportunity for live performers to interact with the community. And from the way Napierites have embraced White Night over the past two years, they think so too.”

Newcomers and new mini-events this year include Hohepa Creative Works, with weavers on site, the chance to buy and colour dip your own candles – and nibble on some award-winning cheese while enjoying artworks created this year, potter Holly Morgan, creating on site in her studio and encouraging passersby to “paint the pavement” with chalk. Don’t forget to check out the silent disco too - grab a headset and dance to your own tune, as music is transmitted through wireless headphones across three different channels.

Other highlights this year include; Bay Batucada and a show of NASA space images at MTG Hawke’s Bay and Century Theatre, a chance to have a go at making glow in the dark artwork with slime at Napier Library (for those aged 12 years and under only), the return of the Boom Factory, The Human Project, and the Napier Music Academy.

Roving around the CBD will be Puppet Jam aka Ally Rogers, Tū Move, presented by recent New Zealand School of Dance graduates and tutors. Dotted throughout the arts precinct will be a range of other street performers as well.

CAN (Creative Arts Napier) celebrates a new mural and is hosting Susan Mabin’s installation Beached Forest, with DJ Lil b in the house.

Other participating venues include: Tennyson Gallery, Boyd-Dunlop Gallery, Quay Gallery, Wardini Books, The Rabbit Room, and the Department of Curiosities and Fine Things.

“White Night's just wonderful... a brilliant opportunity for live performers to interact with the community. And from the way Napierites have embraced White Night over the past two years, they obviously think so too,” says Kevin Murphy, Event Manager, Napier City Council.

All venues and performances are within easy walking distance of each other, situated within an area bordered by Herschell Street, Hastings Street (between Tennyson and Browning), and Tennyson Street down to Hohepa Creative Works, including the Daily Telegraph building.

The full programme and map is available from all participating venues and online at www.hbaf.co.nz.

Ticketed festival shows in Napier over the same weekend are: