Donation off the back of Nitro Circus 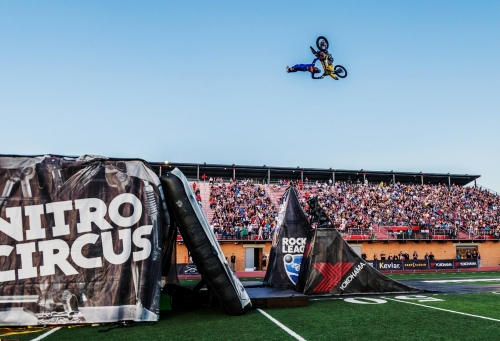 Last Sunday’s Nitro Circus was a huge success, and off the back of it has come something good. Napier businessman Rodney Green has made the decision to donate to victims and families of the Christchurch shooting tragedy - $1 for every person who was in attendance at Nitro Circus. That amounts to a donation of more than $11,500.

Businessman Rodney Green: "I encourage other business owners or philanthropists to also give to those affected by this tragedy."

“It was fantastic to have Nitro Circus come to Napier, and have McLean Park used for the first time for a non-sporting event on the new turf,” says Wayne Jack, Napier City Council Chief Executive.

“Out of the 100 shows in the current Nitro Circus tour of Australia and New Zealand, Napier sold the highest number of pre-sales tickets. Napier also sold more tickets per capita than any other New Zealand Nitro Circus show in this current tour.”

The Give-a-Little page for victims and families of the shooting can be found at: https://givealittle.co.nz/cause/christchurch-shooting-victims-fund.