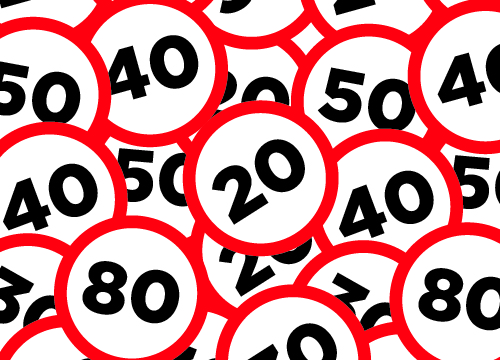 The next stage of the Napier City Council review of its Speed Limits Bylaw begins today.

Safety remains the key reason Council is changes to the legal speed limit on some city roads.

The proposed changes are outlined in the Draft Statement of Proposal, and Draft Speed Limits Bylaw, both available to view from today at www.sayitnapier.nz

Last year the first stage of the review, asking for informal feedback on proposed changes, generated 2630 responses, which fed into the draft proposal.

Formal submissions will be accepted up until 5pm, Friday 8 March.

“With 40-plus proposed changes across the city, on urban streets, semi-rural roads and popular commuter routes, we ask that people intending to make a submission have a good read of the Draft Statement of Proposal, and Draft Speed Limits Bylaw first before commenting,” says Robin Malley, Team Leader Transportation.

Submissions are expected to be heard by Council in April.

The bylaw consists of a series of plans identifying public road speed limits within Napier city, which the Council is legally required to review every few years.

The Draft Statement of Proposal and Draft Bylaw is also available to view at Napier’s Libraries and at the Customer Service Centre, which are offering free internet access for people to access the online submission form.

Formal submissions can be made in one of three ways:  online at www.sayitnapier.nz, emailed to: speedlimits@napier.govt.nz, or posted to Speed Limits Bylaw, Infrastructure Services, Napier City Council, Private Bag 6010, Napier 4142.

Submissions need to include name, address, telephone number and email address and should state if the submitter wishes to speak to Council in support of their submission. The Council will contact in writing all submitters who wish to speak to their submission to advise the confirmed time, date and venue of the hearing.

For any other queries, email speedlimits@napier.govt.nz