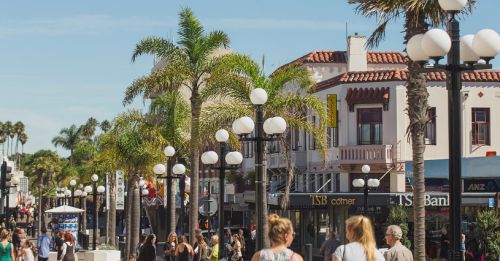 Napier City Council has decided to give retailers the option of trading on Easter Sunday.

At a hearing before the full Council earlier today, Councillors voted 8:3 to adopt the policy. Councillors Api Tapine, Annette Brosnan and Maxine Boag voted against, while Councillors Tony Jeffery and Tania Wright were unable to attend the hearing.

Thirteen of the 177 submitters to the proposed policy chose to speak at the hearing.

A number of key themes were identified in the submissions for the policy, the main ones being that retailers should be given the freedom of choice, it’s good for the economy, tourism and vibrancy, and not everybody observes this as a religious holiday.

NCC received 177 submissions on the proposed changes with 13 submitters speaking at the hearing.

The key themes for those opposing the policy were more varied, but included that Easter Sunday should be a day to spend with families, that Easter Sunday is a day of religious significance, and that tourists would do other things if shops were closed.

“This means that Napier retailers can choose whether or not to open, and both residents and tourists have a choice to shop, or not, on this day,” says Napier Mayor Bill Dalton.

Changes to the Shop Trading Hours Act has given local Councils the option to adopt a policy that allows shops to trade on Easter Sunday. The Council previously voted to adopt a policy that allowed shops to trade on Easter Sunday in 2017 and 2018. However, it was overturned in August this year by a High Court decision that deemed consultation on that policy was inadequate.

If a Council does not have a policy retailers are legally required to stay closed, unless there is another exemption in place under the Act, which allows them to open, that is, dairies, cafes, service stations, garden centres, pharmacies, souvenir and duty free shops.