Timmy has out-flippered Mo to become the National Aquarium of New Zealand’s first ever Penguin of the Year. 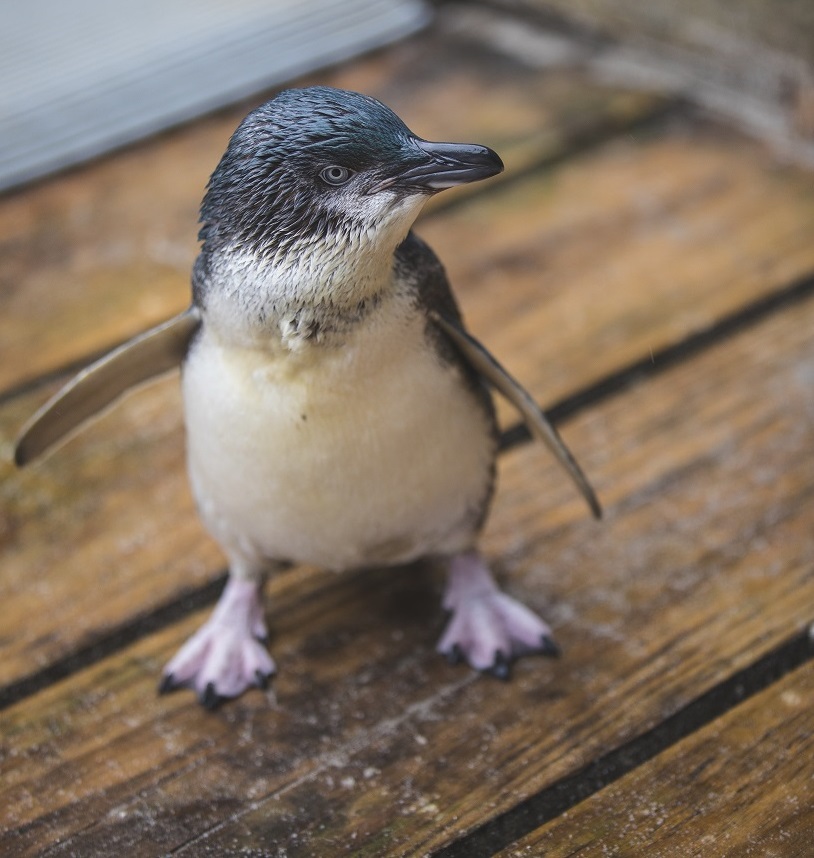 Timmy has taken out the hotly contested title of Penguin of the Year 2018 at the National Aquarium of New Zealand.

The finalists are both “bad boys” who regularly feature in the Naughty and Good Penguin of the Month competition, which the keepers started just over a year ago.

Corban Bell, seven, and his family found Timmy washed up on a Napier beach three years ago. They knew something was wrong so they popped him in a lunchbox and brought him to the National Aquarium which has become his permanent home.

It is believed his spinal injury was from a possible boat strike. With physio he can now walk a little, but he has been unable to return to the wild.

Corban and his Dad Ian were at the National Aquarium this morning for the announcement, where he got to feed Timmy.

“I’m absolutely stoked that Timmy has won. I’ve been trying to get all my family and friends to vote for Timmy because he deserves it.”

Between 1 and 28 October more than 10,700 votes from all over the world were received, including from Guatemala, Estonia, Iran, Belarus, Vietnam, Singapore, Peru, China, India, Canada, the US, the UK and Australia.

Corban Bell, 7 (aka Timmy's saviour): "I’m absolutely stoked that Timmy has won. I’ve been trying to get all my family and friends to vote for Timmy because he deserves it."

There were also plenty of fantastic comments, such as “there’s a little bit of Timmy in all of us”, and “you are doing great work for these amazing animals”.

There were also comments from people who wish they could come to New Zealand especially to see the Little Penguins, says Antoinette Campbell, Director Community Services, Napier City Council.

“We always knew our penguins were special, this competition has proven they’re special to people the world over. We hope it encourages more people to come and see what the fuss is about.”

It has also been a great opportunity to share the good work of the keepers at the National Aquarium, she says, and raise awareness of the challenges Little Penguins face.

Timmy is famous for his fish stealing feats, while Mo, abandoned as a chick and who also has a thing for stealing fish, has the slightly dubious honour of being a four time winner of Naughty Penguin of the Month.

The keepers at the aquarium will continue sharing their Good and Naughty Penguin of the Month and are in the process of getting new signage up to share the good news about the Penguin of the Year.