And then there were two! A dynamic duo will battle it out - pingüino-a-pingüino - for the coveted title of Penguin of the Year. 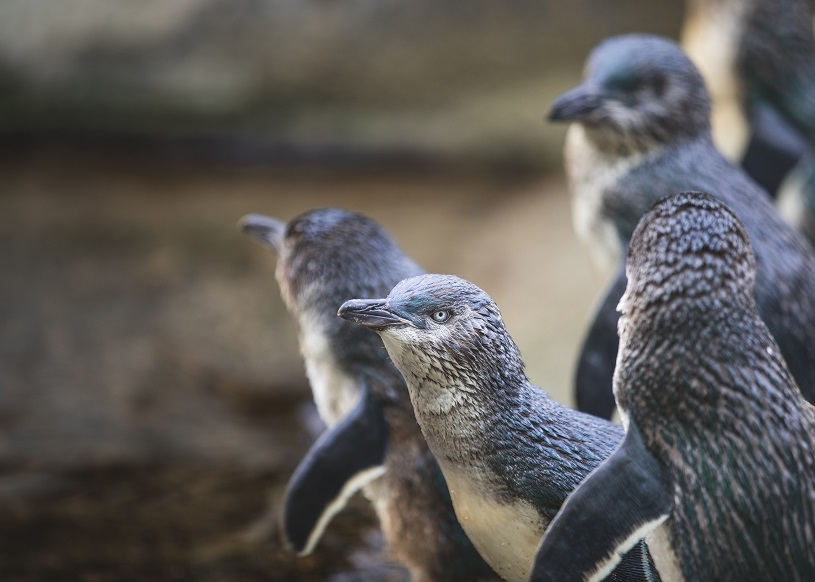 Preliminary voting for the National Aquarium of New Zealand’s inaugural Penguin of the Year closed at midnight last night with two finalists emerging head and flipper above their competitors in a fiercely-competitive 12-strong field.

A rush of late entries saw 2,656 people from 66 countries, including the US, UK, Singapore, China, Canada, Peru, Iran, Estonia, Vietnam, Belarus and Guatemala, vote for their favourite waddler on the aquarium’s website. And it seemed many had a penchant for the bad boys as notorious naughty penguins, Timmy and Mo, emerged from the pack.

"I used to think Timmy was a mug,” said Adam from New Zealand. “But when I read his story, I understood much more clearly why he acts out sometimes. He’s not a bad dude. He’s just trying to be the best penguin he can be. He just falls short sometimes. But doesn’t everyone? I think if we’re honest, there’s a little bit of Timmy in all of us.”

"I used to think Timmy was a mug. But when I read his story, I understood why he acts out sometimes. He’s not a bad dude. He’s just trying to be the best penguin he can be. He falls short sometimes but doesn’t everyone? I think if we’re honest, there’s a little bit of Timmy in all of us.” - Adam, New Zealand

Timmy, who finished top in the first round of voting, had the advantage of being the National Aquarium’s first-ever Naughty Penguin of the Month back in June 2017. An infamous fish-stealer who doesn’t think twice about bumping his mates out of the way to get food, Timmy was found on a local beach with a spinal injury and was unable to walk. Though he’s still a little wobbly on this feet, he now marches about the Aquarium thinking he’s a (very small) Emperor penguin.

But even Timmy has to play second fiddle in the mischief stakes to mighty Mo, our second finalist, and four-time winner of the Aquarium’s Naughty Penguin of the Month. “Mo may be the naughtiest,” said Tyahna from the US, “but his hard work and dedication to maintaining that title earns him this award.”

“He’s boisterous, hoards nesting materials and steals fish from other penguin’s mouths,” adds Sakura Parker-Iida, National Aquarium of New Zealand penguin keeper. “Mo was brought to the aquarium having been abandoned as a chick and has always had a cheeky wit. I have to keep a close eye on him.”

Sakura, who admits to having a soft spot for the dynamic duo, has had her hands full in recent weeks.

“We’ve had a busy school holidays with children and families coming to the aquarium specifically to see the Little Penguins and watch their antics. Our school holiday programme was all about penguins and has also been extremely popular. It’s been a great platform to connect and share conservation messages”.

Two finalists. But there can only be one winner

The public can now vote for either Timmy or Mo to become the inaugural Penguin of the Year through the aquarium’s website, Facebook page and Instagram. Voting closes on Sunday 28 October with the winner announced on Wednesday 31 October.