As of 11:59pm Wednesday 13 April, all of New Zealand is at orange of the COVID-19 Protection Framework or traffic light system Click here for more information on Life at Orange. Read more »
Keyword: #bluffhill

The Council purchased the gully and its dense stand of mature trees in 1967. Sturm’s Gully is named after the earliest European settler in Hawke’s Bay, Frederick William Christian Sturm.

Born in Germany in 1811, he arrived at Ahuriri, Napier, on 2 August 1839 and made his home with the Maori living at Nukutaurua, Mahia (along the coast to the north of Napier).

Frederick was a nurseryman, as well as a botanist and a naturalist, supplying plants, trees, fruit and grapevines to the Hawke’s Bay district.

In 1865, Frederick moved his family to Sturm’s Gully in Napier, where he planted his nursery and opened a seed warehouse in Shakespeare Road. By this time Frederick was importing and exporting seeds, plants, rootstock and native ferns worldwide. In the early 1870s he moved his nursery business to a 20 acre block of land at Mangateretere on the
Napier/Havelock North road.

Some of the first orchards in Hawke’s Bay were established with trees from Frederick’s nursery. He also supplied plants to many of the gardens in the area with old homesteads – many of which still have trees and plants visible today. Frederick William Christian Sturm died on 23 May 1896.

Early plans of Napier show this area as a signal and lighthouse reserve. The army occupied the hilltop during World War 11. In 1957 control of the reserve passed over to the Council and the concrete gun emplacements became the foundation for the Lookout.

Much of Hawke's Bay can be seen from this vantage point, from the Ruahine Range to the hills beyond Wairoa, and the sweep of the bay from Mahia Peninsula to Cape Kidnappers.

Captain James Cook sailed along this coast and on 15 October 1769 he recorded "Bluff Head" in his ship's log. The British navigator and explorer named many local geographical features including Hawke Bay, Cape Kidnappers and Portland Island. 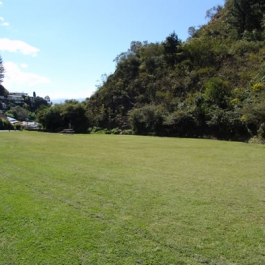 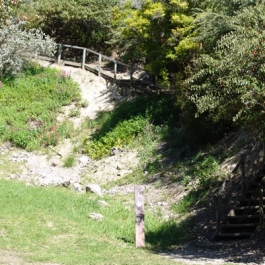 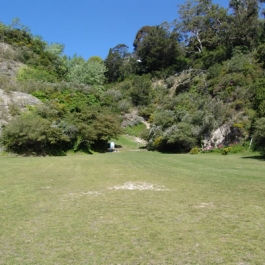 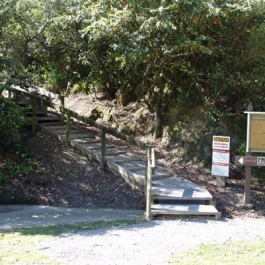