Coming in on time and under budget, the $30 million Biological Tricking Filter (BTF) Plant is a crucial part of our wastewater system. It's efficient and far better for the environment (as chemical use is avoided). 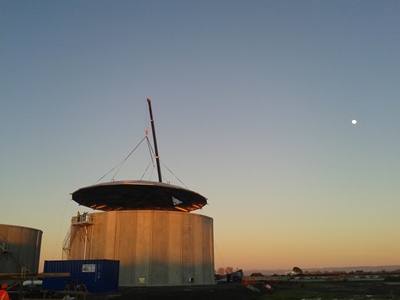 Construction for Napier’s Biological Trickling Filter (BFT) plant was completed on time, under budget and to a very high standard. The project was in the planning for over 10 years, constructed in less than two years and at a cost of $30M all funded by a rated levy.

The Napier City Council managed the project, one of it’s biggest ever. Equipment and specialist products were procured from all over the globe and New Zealand.  Numerous Hawke’s Bay suppliers and contractors played an important role assembling, constructing and installing.

Local company, Gemco Construction built the series of chambers and channels that makes up the head works and grit removal area. They installed the control gates and grit removal equipment. Gemco also built the outgoing effluent channels including the Rakahore Channel which was lined with rocks sourced from the upper catchment of the Ngaruroro River.

After the effluent passes through the headworks area it moves to the main pump station. This structure was built by Alexander Construction and is comprised of four wet wells below ground and a large dry well where the mechanical pumps and equipment are housed. An above ground structure houses the electrical and process control equipment which runs the pump station.

The pumps (manufactured in Sweden and China) then pump effluent to the two Biological Trickling Filters. These filters are 26m diameter concrete tanks constructed by Tauranga-based company HEB Structures. Each tank is comprised of 32 concrete panels eleven metres high and a hardwood timber flooring system. The flooring was sourced from Republic of Congo and is used to support the 14 layers of welded plastic modules on which an active bacterial mass establishes to feed on, and transform human waste into a non-offensive bacterial biomass.

Each tank is fitted with a recirculation air system comprising of a fan outside the tank, drawing air from the network of pipes under the timber flooring system and recirculates air into the top of the tank. Each tank is also fitted with an extraction air system of  two fans (operating on a duty/standby arrangement) that extract air also from under the hardwood floor. It moves it to the nearby bark biofilters (odour treatment beds).

Northland-based company Waterclean Technologies were responsible for the German sourced plastic modules and the Swedish sprinkler arm which sits atop the tank central column. The eight-arm distributor mechanism distributes screened wastewater onto the plastic filter modules in each of the two BTF tanks.

Both tanks are fitted with aluminium dome roofs covered to control odour. Hamilton-based Halley & Mellowes were contracted to supply these covers from Texas and used local subcontractor Milford Engineering to install them.

As the final stage in the process, the treated water leaves the BTFs and flow through a Rakahore channel (an open channel filled with rocks) as a spiritual cleansing before discharge via a 1.5km outfall into Hawke Bay at Awatoto. Scientific studies show that the receiving environment is well able to accept such a discharge and early tests of the new plant revealed pleasing results.

Industrial effluent is also received at this plant but does not pass over the BTFs.

During the project Mackersey Construction completed a building to house the new rotating screens specifically for industrial waste flows and the domestic grit classifier equipment. This building is constructed from concrete panels with aluminium skinned panel cladding above. The western end of the building houses the process and electrical equipment for the plant and a server room on the upper level.

An overflow basin was constructed south of the outflow and Rakahore Channels for the purpose of containment during an emergency. The basin has been grassed where the sides are mowable and planted on the steeper sides for easy care.

Many of the structures have been treated with a fibreglass coating to reduce concrete damage caused by the corrosive nature of the effluent. All materials that were used in the plant were also selected with minimising risk of corrosion in mind, both from effluent and the nearby coastal environment.

The Council services team and numerous external contractors worked hard to laying and installing various pipes, building chambers for equipment, covers and hatches, plus associated fittings for effluent and other services around the site, including over 10km of electrical and data cabling to control motors and instrumentation. The site has been finished with a concrete driveway and small areas of low maintenance planting.

Biological treatment of wastewater is very well established, both in New Zealand and overseas, and compared to many other treatment processes, it is relatively economical and simple to operate. Among the major advantages of the BTF process is there are no sludge transportation or disposal costs. It also avoids the use of chemicals, which would eventually become part of the discharge.

The expected operating costs of this plant were significantly less than any other process previously considered. 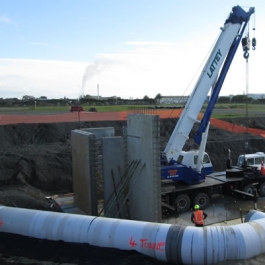 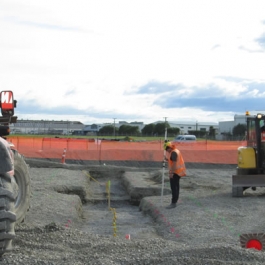 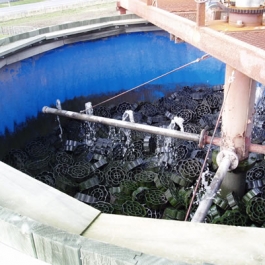 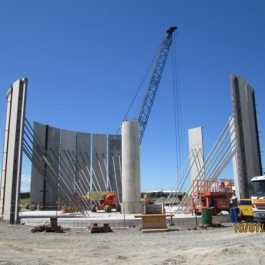 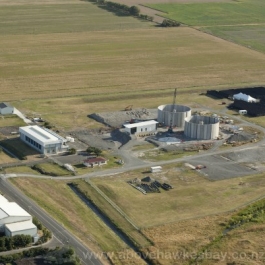 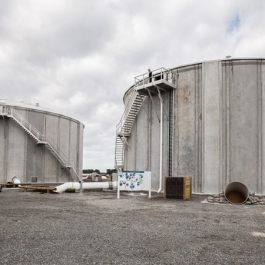 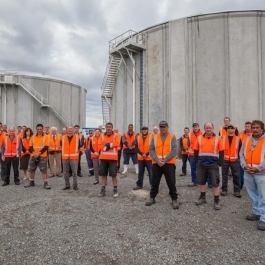 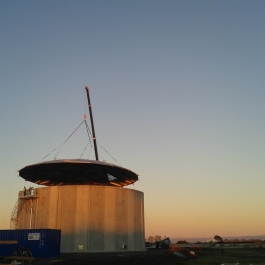