As of 11:59 pm Tuesday 31 August, Napier is at COVID-19 Alert Level 2 Click here for the latest information about Council facilities and services. Read more »
Keyword: #Wastewatertreatment

Napier City Council operates two Biological Trickling Filters (BTFs) to treat our wastewater at the Awatoto Wastewater Treatment Plant (WWTP). Alongside a spiritually cleansing Papatūānuku channel, these BTFs were constructed to address tangata whenua concerns about the quality of water being discharged to Hawke Bay.

A consent issued by Hawke’s Bay Regional Council allows Napier City Council to discharge treated wastewater into the ocean via a 1.8km pipe. The consent places strict monitoring and compliance requirements on us to minimise the environmental impacts of the City’s wastewater on the marine ecosystem. Under the consent, we are required to produce a performance report every three years to assess how well the BTFs are doing their job.

This report has been prepared by independent wastewater experts and assesses compliance with consent conditions over the last three years.

How well are the BTFs performing?

Overall, the treatment processes at our BTFs continue to perform well. Regular testing and monitoring suggests the environmental impact of the discharge into Hawke Bay remains low.

Key findings of the performance report: 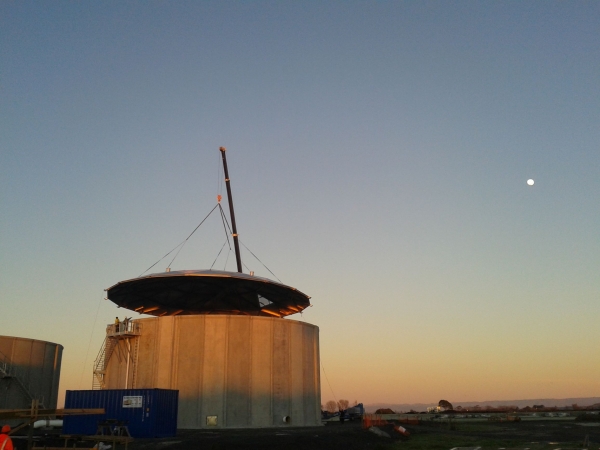