Following the rebirth of Marineland as Bay Skate, the second stage of the Marine Parade redevelopment saw the construction of the Reef Garden featuring sculptures, a cycleway, Venice Beach basketball court and spectacular interactive water jets.

Stage one and two of the Marine Parade Redevelopment are now complete. MCL Construction filled in the old pools within the site, and removed the old toilet block and Lick This building as part of stage one. The 'plaza-style' skate park area (at the southern end of the site) features one of Marineland's old pools converted into a skate bowl.

Russell Roads have almost finished work at the northern end, between the Sunken Gardens and the old Marineland site, as part of stage two. The design for this area includes a reflective pool, a new pathway/cycleway, sculptural features, a  public ‘court’ space, and an interactive water feature, which will be visible from Marine Parade.

New carparking to service both the new skate park and the existing playground area will be provided. On-street car parking on Marine Parade will also be retained. Additional carparks will be provided in other locations within the CBD.

The redevelopment of Napier’s Marine Parade represents a crucial opportunity to revive the city’s coastal amenities and create a public space that belongs to all of Napier and beyond.

The design has taken inspiration from Maori mythology and the local environment. Framed by Mahia Peninsula and Cape Kidnappers, this is Napier’s place to talk to the Pacific, and to the wider global community. Cape Kidnappers, or the hook of Maui, is of prime importance, as it’s our locator in the world. Maui was the innovator, the maverick, the challenger of status quo - he was the initiator of a new world cycle, catching the sun and slowing it down, and he was this nation’s fisherman, responsible for pulling up the North Island.

The former Marineland site (Stage One) is being redeveloped into a skating area, designed by renowned skate park designer Richard Smith, to cater for all levels of roller skaters, skateboarders as well as other roller sports such as roller derby and quad hockey. A new skate bowl and wooden ramps will be constructed and the revitalised, existing grandstand will once again becomes a key attraction of Marine Parade.

To ensure the area is multi-purpose, a stage can be established on the main skate rink to allow for concerts, community events and other entertainment which can be viewed from the grandstand.

“Lick This” ice cream shop will be relocated to a new home in the former Marineland building, with an enhanced courtyard space for customers.

Stage Two of this project includes pathways which will lead to lookout points aligned with Mahia and Cape Kidnappers. There will also be a series of bubble-up water features leading to a feature pool with LED-lit computerised water jets. There will also be a number of feature carvings, and sculpted edges for visitors to enjoy as they move through the site.

Funding of the development

At a City Development Committee meeting on the 16th of March councillors voted unanimously to include an extra $1.3 million in the 2016/17 Annual Plan on top of the $5.7m already budgeted for, to cover any possible increase in costs which has come to light now that the detailed design is complete.

The budget increase will be funded by an internal loan and will not affect rates in a major way, as debt servicing is incorporated into annual rates as a matter of course. The loan and interest payments in this instance are expected to total $87,670 per annum, which equates to 0.2 percent of rates, less than $2 per average residential ratepayer.

A review of the project found estimated costs had risen since the last estimates were done in 2013, particularly in construction. The review resulted in some alterations being made to the overall design, but also warned against any further cost cutting as it would decrease the size and scope of what was originally proposed and set out in the Long Term Plan Amendment 2012. 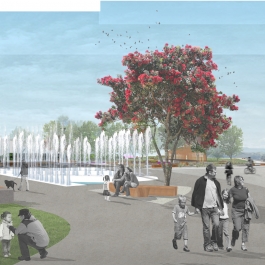 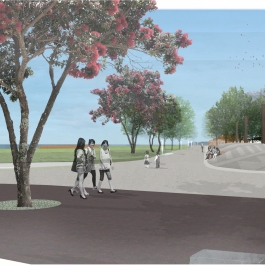 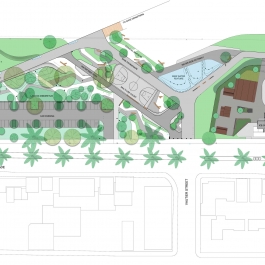 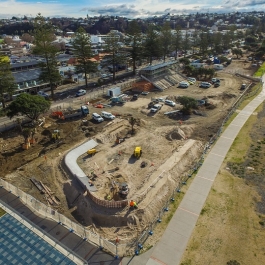 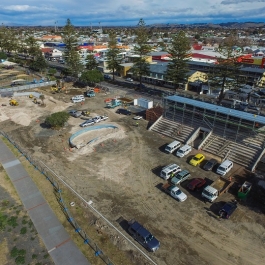