Starting in 2010, this six-stage improvement to upper Hastings Street has seen a significant upgrade to the stormwater network, along with 'street beautifying' - new pavers, wider footpaths, more trees and gardens. 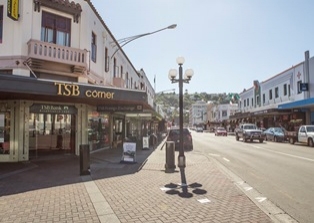 Planning Started: 2010
Construction Started: June 2012
Progress: This project will be rolled out in several phases.

This year’s focus is the upgrade of the stormwater network on lower Shakespeare Road, leading to the northern end of Hastings Street.

We're doing this work primarily to reduce the Napier Central Business District’s flooding risk. At the same time, we're putting in some traffic calming measures to improve safety, and 'beautifying' the streetscape (which includes new pavers and landscaping).

Paving works have now moved to the eastern side of Hastings Street and are scheduled to be completed late September/early November. Paving and landscaping work will continue at the base of Shakespeare Road through until late October.

Traffic will continue to be one-way until this work is complete. We'll do our best to keep one lane open at all times throughout this project. However, there will be the times where we'll need to close the while road at short notice. These occasional closures will be brief.

Our detailed construction plan will show you what we have planned for Stage Six and Seven of this project.

Infrastructure (drinking water, wastewater, stormwater) has been progressively upgraded in stages in the Napier CBD over the past few years, with above-ground modification and beautification of the pedestrian areas taking place as needed.

Napier City Council committed to funding a CBD-wide solution years ago, but the scale and cost of these planned works means they are taking place over many years.

To date stormwater pipelines have been laid in Hastings Street between the Vautier Street and Emerson Street intersections, and from the Hastings Street-Tennyson Street intersection to the viewing (outfall) new outfall platform. The full benefit of this work will not be realised until further pipelines have been laid and connected to the new outfall.

The Hastings Street upgrade - which includes the paving beautification project planned for the Shakespeare Road end of Hastings Street and Tennyson Street, along with traffic calming measures in lower Shakespeare Road - creates a more pedestrian-friendly environment for shoppers and visitors in downtown Napier. This encourages through traffic away from inner-city streets. We'll also lay down underground cabling at this stage to allow facade lighting of buildings in this street in the future.

Design elements are similar to those used in upgrading Dickens Street and were chosen to enhance the city’s distinctive architectural features. They include wider footpaths, tree planting, raised pedestrian plinths for crossing the road and a combination of parallel and angle parking.

Traffic priorities at the Vautier Street-Hastings Street intersection were changed to encourage motorists to use routes that skirt the increasingly pedestrian-orientated downtown area.

Stage one and two introduced exposed aggregate footpaths and asphalt roadways to the sections of Hastings Street laid between Vautier Street and Emerson Street. Stormwater were also carried out at the Hastings/Tennyson Street intersection in stage four.

In 2016 stormwater work was also completed in the Hastings Street-Browning Street area.

We're mindful of the disruption caused to businesses and the public with this work, particularly within the CBD, and will stage the project in a way to cause the least impact possible. 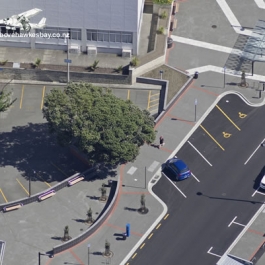 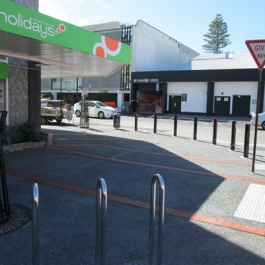 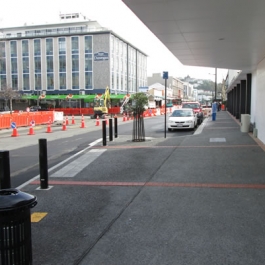 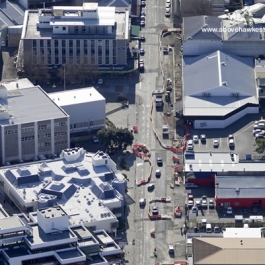 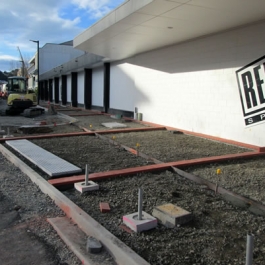 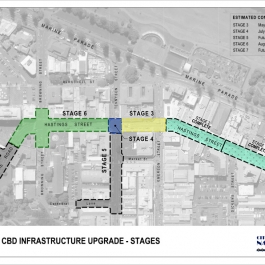