Analysis of the water from the first exploratory bore in Meeanee has shown this water contains undesirable levels of manganese, unlike the initial tests indicated, so we will not be drilling a main bore at this location as a replacement for any existing bore.

The current bore will be completed and developed as a monitoring bore for the area.

This project has been superseded by the Low Manganese Water Source project.

This project is now complete 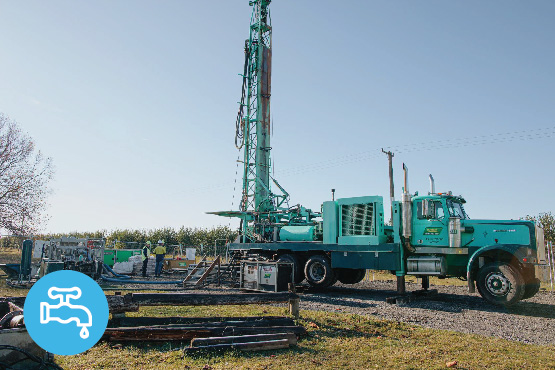