The May and Peter Harris Playground was developed in 2002 as part of the ongoing upgrade of Marine Parade.

The playground, named after May and Peter Harris in recognition of their significant donation to the Marine Parade playground project to “further improve its excellence”, is a unique playground in that it caters for not only children, but parents as well. It also features Kompan play equipment which was a first for Napier City Council’s playgrounds.

The construction of the entire Marine Parade playground was divided into two sections. The first was the design and infrastructural construction stage. This basically involved the designing and building of all safety surfaces, pathways, water and stormwater systems, fences, landscaping, sun shades, seating, drinking fountains, lighting, and any other feature which was deemed to be necessary for the operation of a playground. The second stage was directly associated with the purchase and installation of the various pieces of play equipment.

Due to its popularity, Council decided in 2012 to further extend this playground to cater to the needs of older children. This work was completed in 2013 and included several new and unique pieces of play equipment, sun shades, park furniture, landscaping, car park extension and fencing.

No matter what the weather conditions, the playground is always well-utilised. During the summer months the usage is at its maximum.

May and Peter Harris Playground has the following equipment. 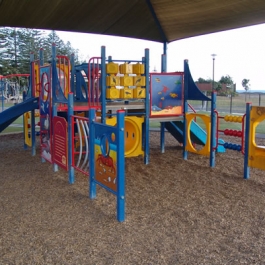 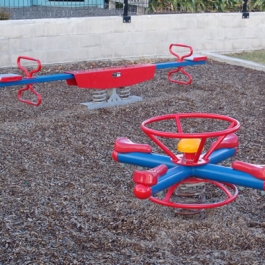 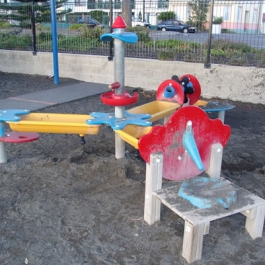 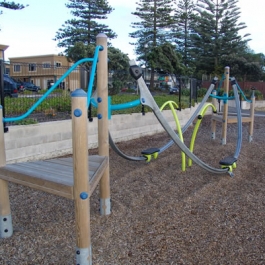 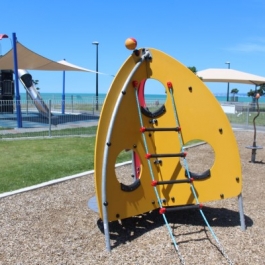 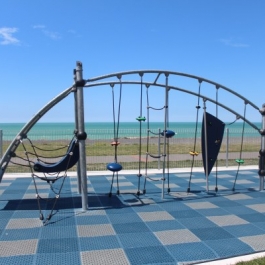 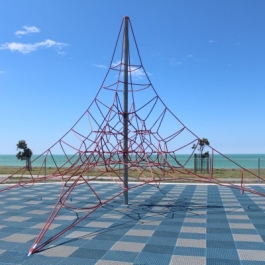 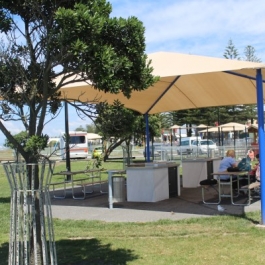 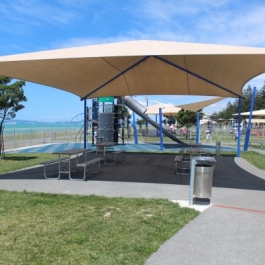 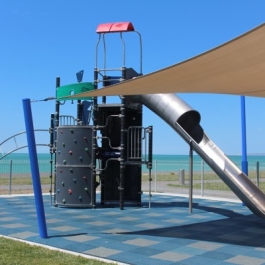